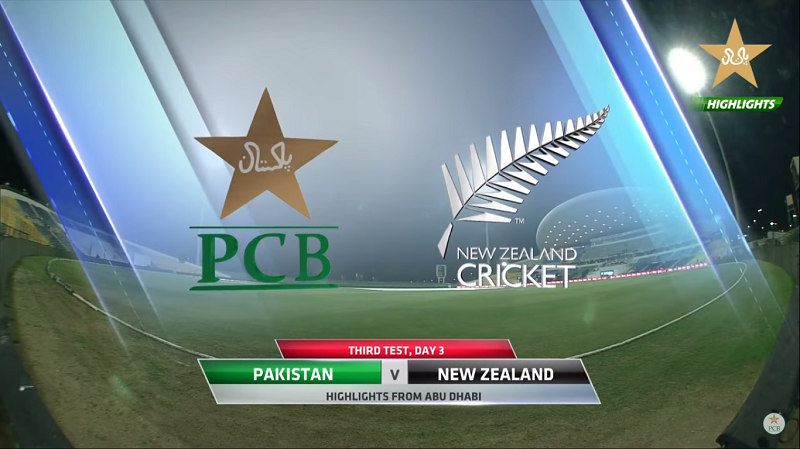 Abu Dhabi: Pakistan is playing test match series with New Zealand in Abu Dhabi. New Zealand set a target of 280 runs for Pakistan in the third test match of the series. As per the match Pakistan lost 5 wickets till the final day.

Asad Shafiq was trying to hit a shot at his ball but he got caught and returned to the pavilion leaving Pakistan with 5 runs only at the final day of the final test match.

Pakistan’s opener Imam-ul-Haq made 22 runs. But unfortunately Ijaz Patel, a bowler from New Zealand took his wicket at 22 runs only.

Then came Muhammad Hafeez to bat from Pakistan’s side. But unfortunately he also can’t stay long at the pitch.

He returned to the pavilion at 8 runs only. Muhammad Hafeez is getting retired from the Test match series and it is his last performance in the test series.

It is the third and last match of the 3 series test matches out of which Pakistan and New Zealand have won 1 match each.

In the first series Pakistan were playing good but New Zealand won the innings by four runs only. Pakistan won the second test from 16 runs.

But in this third match of the series Pakistan could not stand firm to the New Zealand’s bowlers. They lose their wickets in no time. Pakistan first bowled and restricted the opponents up till 280 runs only.

The performance by Pakistani players was really bad in this match. They lost their 5 wickets at 55 runs only. Now Pakistan will have to cover the remaining target with 5 wickets only.