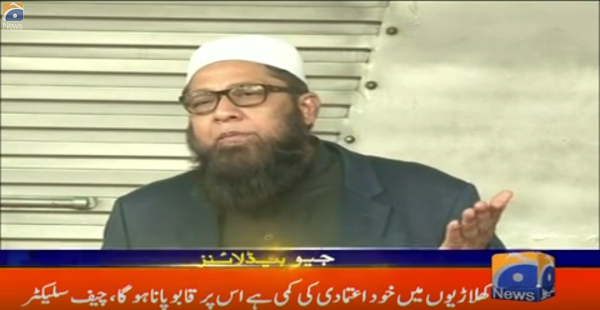 He looked very much angry and disappointed and said that if this results and performance continues then surely soon there will be changes in Pakistan Cricket team. During his talk with media he told the reporters that the board has been watching this for a long time.

Now it’s the time to start working on this and remove those players who are not performing well.

Inzamam said that every players needs to take responsibility. But no player is keen or interested in taking the responsibility. He further added that Tail-enders are not fighting and this is the weakness of our team.

Inzamam told the reporters that all the matches against New Zealand were in our favor. But due to lack of performance we lose all those matches.

Chief selector then said that if this sort of performance continues then there will be changes in the team.

While talking about selection Inzamam said that we have selected the team on very keen observance. He said that not only for batting Muhammad Rizwan was also selected for his wicket-keeping. By doing this we reduced pressure on Sarfaraz.

Reporters then asked Inzamam about his nephew, Imam-ul-Haq. On this Inzamam said that it is not right to attach or relate Imam to me.

He further said that Imam is a good player. So we selected him because of his good performance.

Inzamam-ul-Haq further said that the team has to perform well against South Africa.