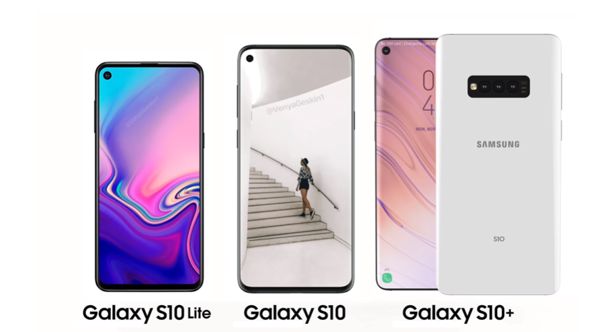 The unrivaled Samsung Galaxy S10 is coming to the show on February 20, 2019. Formally, it is releasing formally on March 8, 2019. The leak has made sure that this unmatched phone is going to your hands very soon.  The source revealed this exciting news to Gizmodo UK and it made clear that this flagship phone is coming to the spotlight during MWC 2019 or a day before the event.

The report also describes the price and major specs of the phone. The Smartphone is coming out with a Plus version, a standard version and a nominal handset with non-curved screen known as Galaxy S10 Lite.

It features “Infinity O-Hole” in selfie camera that makes it distinguished. Another prominent feature of the phone is called Powershare. Powershare allows you to charge your other phones wirelessly by using Galaxy S10. Earlier, the users experienced this feature only in Huawei Mate 20 Pro that came to the spotlight in 2018.

However, there are no details available for RAM and Processor. But, we can guess that it will be another unmatched Smartphone by the Korean manufacturing company.

It comes with impressive features and unique specifications. So, based upon the leaked facts, we can expect another smash hit from the Samsung in the coming year.