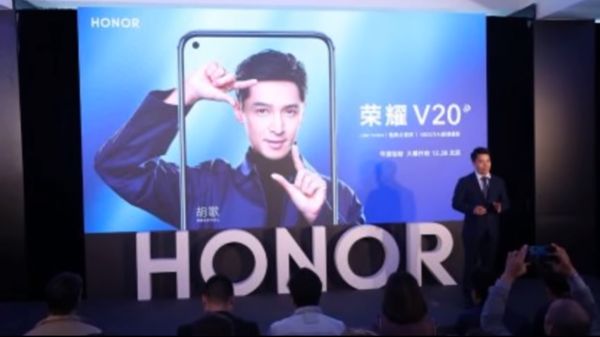 Currently, more leaks are coming out regarding the specs of Honor V20. A fresh leak about this groundbreaking Smartphone confirms the rumor that it has Face Unlock feature. The leaked photo shows the display of the phone where the fans can see clearly the display is not curved. It is flat.

Another photo of the said device shows that the phone is in the retail box. However, the phone’s display is not clearly visible as the photo’s angle is not good.

Moreover, there is a prompt telling you that “unlock the Phone with a Glance.” So, it shows the Face Unlock feature is a part of the phone.

The company is launching the phone on December 26, 2018, with an All-View Display. The Kirin 980 processor and Android 9 Pie based EMUI 9 make it a distinguished Smartphone. It is coming with the 48MP rear camera, Link Turbo technology and 22.5W fast charging feature.

All make the phone unmatched. However, the Face Unlock feature of the phone is a little bit discouraging. It is cool, but when compared with Honor Magic 2 or Honor Mate 20 Pro, it is not sophisticated. It will work in the light only. If you use it in the darkness, you cannot use it for payments.

Initially, the company is going to launch Honor V20 in Europe on 22nd January 2019. The official name of the Smartphone will be Honor View20.