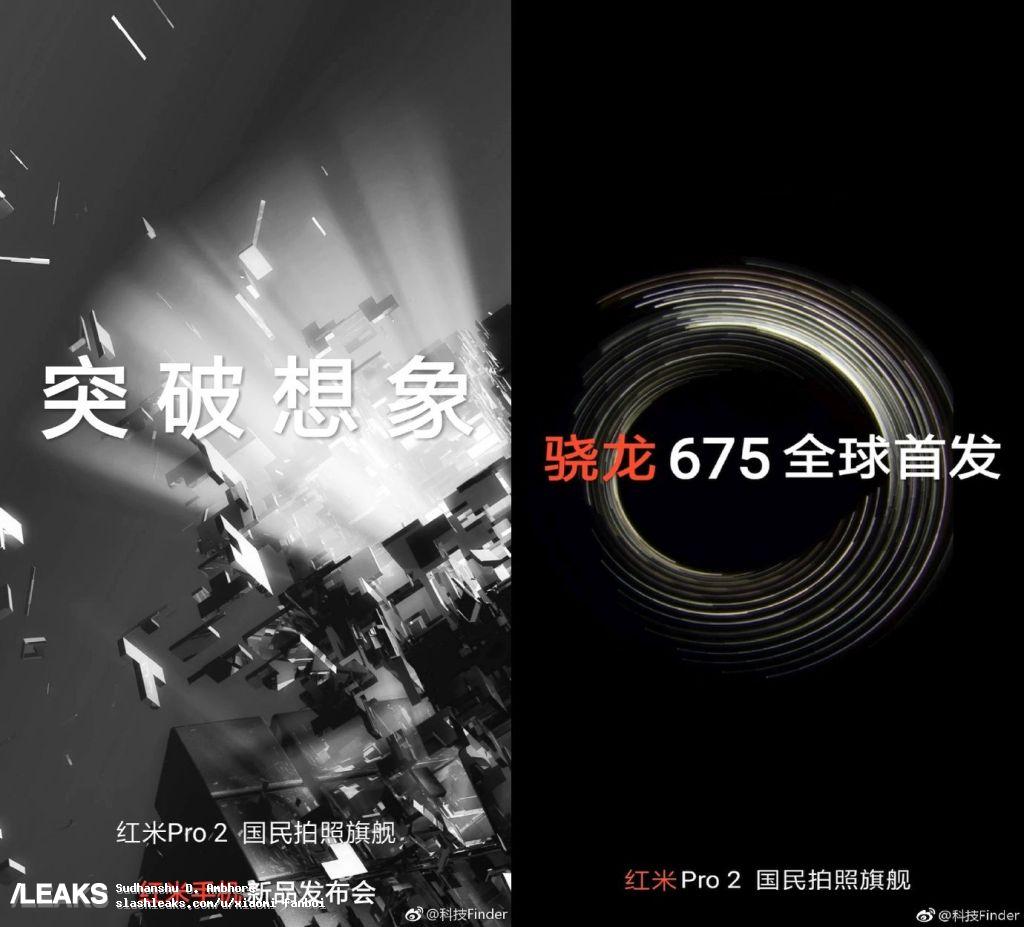 Earlier, at the beginning of December, Lin Bin, the President of Xiaomi leaked an image of an anonymous Xiaomi Phone. The image confirmed that the unbeatable device in the image is coming with the unimaginative 48MP camera. It made the fans crazier about the upcoming Smartphone of the company. However, the mysterious Xiaomi Smartphone was still unknown to the users. There was no news about the Smartphone’s name.

Recently, another leak of Redmi Pro 2 appeared on Weibo social networking site. Earlier, the fans were ambiguous about the chipset fueled in the phone. Now, the leak revealed that the phone is coming with Snapdragon 675 chipset. However, the teaser is not official. A Weibo user has leaked it on his micro-blogging site. So, the fans are making prophecies about both of the leaks. Let me tell you that Redmi Pro 2 is coming to the spotlight in January 2019. I am sure because the President of Xiaomi, Lin Bin has announced the official launch of the phone.

Officially, there is no verification or rejection of these rumours as the company is going to launch Mi Play Smartphone on December 24, 2018. The company may release an official announcement on this matter after the release of Mi Play phone. But the experts are sure that the earlier leak was also for Xiaomi Redmi Pro 2.