Islamabad: The focus of DHA Valley re-balloting was upon 8 and 5-marla residential plots. This re-balloting was set on 23rd December. The results are available now on the trusted site of DHA Rawalpindi and Islamabad. A publication tells all about it. The re-balloting ceremony took place in DHA’s head office in Phase I.

In this re-balloting, the selection of members was carried out on the basis of their payment’s status. The re-ballot was about the allocation of plots or plot numbers. The target of first priority was on those individuals who had their surcharges clear. This was the criterion instead of preferring a waiver.

The mega project is connected with 3 important developers. These developers include Habib Rafiq (Pvt) Ltd., DHA, and Bahria Town. A re-ballot had earlier been conducted by the society in 2017. The aim was allocating plot numbers to DHA homes of 8 and 5-marla. Now, there are several families and residents in these houses.

Before the re-balloting, it was only a promise by Defence Housing Authority. On 23rd December, Sunday, the process was carried out. This is actually the very first re-ballot of DHA.

There are expectations that the next one is not that far away. In the next one, the attention will be mainly upon allotting new plot numbers to files which are remaining. For allotment, it is important for the files to meet all requirements. The unsuccessful ones will have to wait until further instructions. The information regarding it is available on the authority’s website.

You can check your result here. 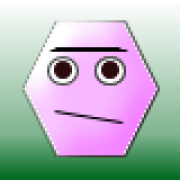