The most awaited phone Huawei Honor V20 is now officially announced in China. It will be the first flagship of the company in 2019. The phone is still not launched globally but the first launch is confirmed to take place on January 22 at an event in Paris.

The smartphone comes with some amazing features including a 48 megapixel rear camera. It has taken some design suggestions from the previous Huawei Nova 4 but Nova 5 is just simply incredible as the manufacturing process has now much more improved. 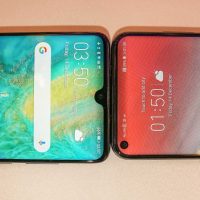 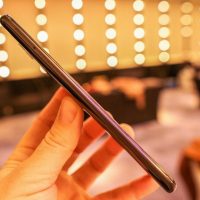 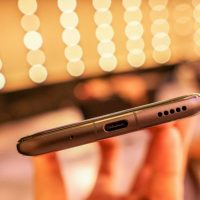 Huwavei Honor V20 Below Side 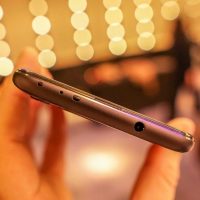 It follows the similar punch-hole selfie camera design but managed to place it without penetrating the display panel. The color filter, POL, and OCA are the same but the LGP player is removed.

Honor V20 is equipped with a big sized 6.4-inch display and 1080p resolution and the screen aspect ratio of 19.25:9. The rear camera is placed horizontally adjacent to the rear-mounted fingerprint sensor and there is a single sensor on the back instead of the in-display fingerprint sensor.

Another amazing feature that the company has added in the rear body of V20 smartphone is the gradient V. According to your viewing angle, it can change the color and position.

The main thing about this Honor V20 is that it supports a desktop mode that is ideal for those who want to use their phones like PCs. It runs EMUI Android skin and backs GPU Turbo 2.0.

The phone is equipped with 48-Megapixel Sony IMX586 sensor with LED flash support. To capture detailed images, there is a 3D ToF sensor that can be used to create 3D avatars and to reduce the size of the objects in the images. Other photography features include Super Night View Mode, EIS, and AI detection. At front, there is a 25-Megapixel camera with fixed focus support.

There is no option for storage expansion as the phone does not support microSD card slot. The two internal storage variants are 128 GB and 256 GB.

There are some amazing and high-power internal components available in the phone. The chipset is a 7nm Octa-core HiSilicon Kirin 980 SOC that is marginally better than SD845 and paired with 6GB and 8GB RAM options.

The phone is available in three different colors. One is blue, second is black, and the third color option is red. The phone looks amazing in all the three available colors.

If we talk about the battery size of the phone then it is 4,000 mAh. Also, a 22.5 SuperCharge technology is supported. In 30 minutes, it will charge your phone up to 55%. And to make your phone fully charge, you have to wait for an hour or so.