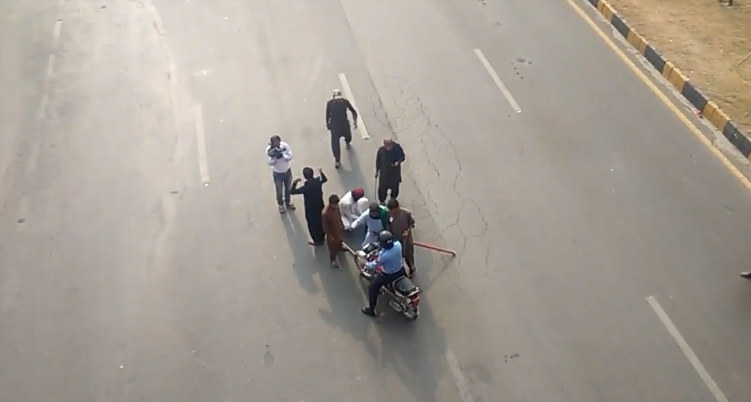 Lahore: The Supreme Court of Pakistan ordered the federal and provincial governments on Saturday to offset the loss of the victims of Aasia Bibi verdict protests within one month.

On October 31, Aasia Bibi, a Christian woman facing a death sentence for saying words against the prophet got released after the apex court acquitted her.

The government hasn’t panned yet how to compensate for the loss of the victims. We have to take the matter in our hands, said CJP.

In the ruling, Mian Saqib Nisar said, “The appeal is allowed. She has been acquitted. The judgement of the high court, as well as trial court, is reserved. Her conviction is set aside”.

In 2010, the trial court ordered to hang Aasia Bibi, and in 2014, Lahore high court backed the decision.

But in October 2018, the apex court gave decision in favor of Aasia Bibi.

Following the verdict, many protesters had gathered in several cities and had done severe damages to vehicles and other public properties.

After two days of protest, the government and the Khadim Rizvi (TLP chief) reached an agreement on November 2.