Karachi: The Federal Investigation Bureau (FIA) has found a billionaire butler of Bilawal House in Karachi named Abdul Jabbar. He is the owner of a 7-acre piece of land that is located adjacent to the Karachi airport.

The FIA has sought a feedback from the Land Utilization Department, Board of Revenue of the Sindh Government over this matter. The value of the land is Rs5 billion.

The Joint Investigation Team (JIT) who is already investigating into the fake accounts case has brought the matter to light and showed deep concerns over the regularization of the land as it is violating certain rules of land regularization.

The Co-chairman of Pakistan Peoples Party (PPP) Asif Ali Zardari and his sister Faryal Talpur are facing the fake accounts and money laundering cases. They got an extension in interim pre-arrest bail till January 23 in these cases.

The PPP leader has already submitted his response on the so-called ownership of fake accounts. In his statement he said that all the allegations are entirely based on political victimization, he had done nothing wrong.

The former president requested the court to reject the JIT report as it had not submitted concerned documents and witnesses’ testimony in the case. 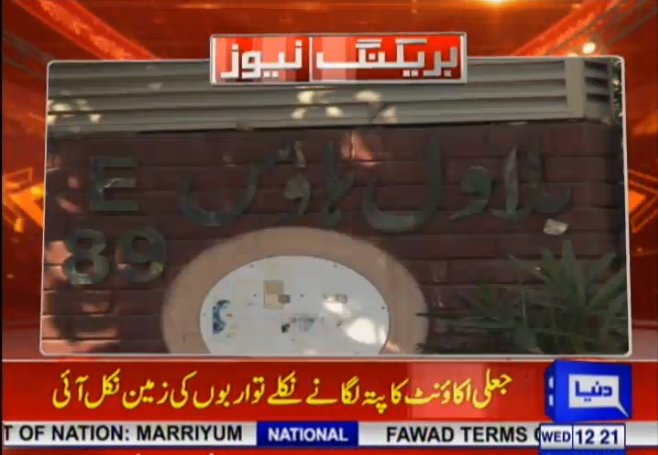