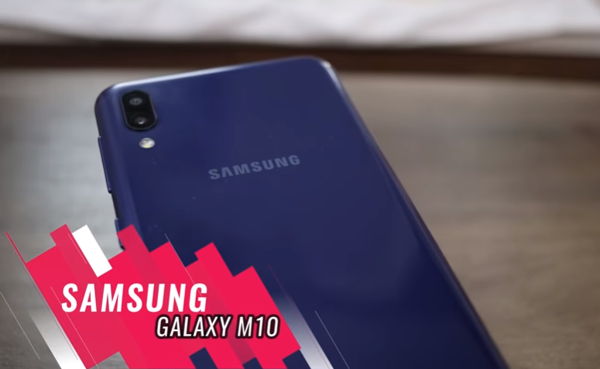 Samsung Galaxy M series is the result of the merger between two series, i.e., On-series and J-series of the Smartphone. Both of these series are known for their outstanding designs. Now, Samsung is going to set new records by presenting M10, a revolutionary Smartphone with high-end features.

As compared to On-series and J-series, Galaxy M series is a bit nominal for the users. So, this time this Korean tech giant is going to hit the midrange users. The manufacturing firm has high hopes regarding the success of the phone as this time it is targeting people with low budget.

Galaxy M10 has a wide array of features beyond the expectations of the users. The price of the phone is comparatively lower.

Let’s have a look at its features and specifications to know in-depth about Galaxy M10.

The M10 comes with 6.2” display with a sporting 720 x 1520 resolution. So, you are going to view your content in a brighter and bigger display. The device has a screen to body ration above 90% as it comes with extremely thin bezels and the plain old polycarbonate back. The M10 has three-slot SIM tray to run two Nano SIM cards and one MicroSD card to expand the memory.

It comes with Exynos 7870 that is a mid-range processor. However, it works very well if you are not playing 3D games frequently on it. It runs your content speedier and does not make you feel bothered.

The phone contains 3430 mAh battery that is reasonable, and you can use it for long hours calls and chats. However, it does not come with the fast charging technology. The phone does not include a Type C-one, but a micro USB port for charging purpose. However, the battery is non-removable.

The Galaxy M10 comes with two cameras. The rear camera is 13MP with f/1.9 aperture while the front camera is 5MP. So, you can quickly capture your desired photos with both of the cameras. However, you are going to miss a good selfie camera on this cellphone.

The phone contains 16GB/32GB internal storage capacity that can be enhanced by using a MicroSD card up to 512GB. So, you have enough room for all your stuff. It has 2/3GB RAM.

The phone has Face unlock feature to give you the perfect security you require. So, your content on the phone is secure absolutely. However, the phone does not include a fingerprint sensor.

It is expected to be available in Rs 24,999. The price is quite affordable for such an impressive phone with all desired features. It is available in two colors Charcoal Black and Ocean Blue.