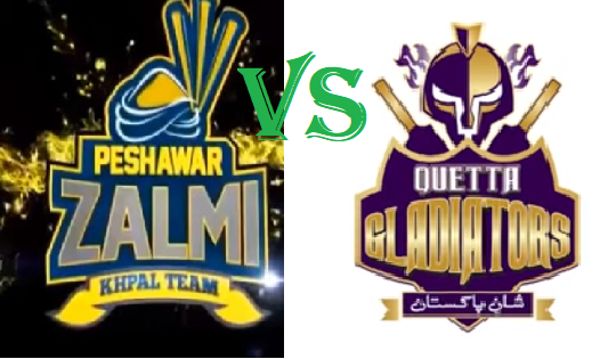 Pakistan Super League Season 4, 2019 has completed two phases. Every team has played ten matches of phase 1 and 2. Now, the 3rd phase has come where the Eliminator matches will be played. Today, 31st match of the PSL 2019 series is going to be played between Peshawar Zalmi and Quetta Gladiators in National Stadium Karachi. It will decide the fate of both the teams for a qualifier for Final.

With the highest points in the PSL 2019 series, Peshawar Zalmi stays at first position on the Points Table. Last year, the said team was a runner-up in the PSL 2018 series. The supporters of Peshawar Zalmi have high expectations for today’s match. The highest score of the team in the PSL 2019 is 203/7 against Karachi Kings while the highest score of Quetta Gladiators is 189/7 against Karachi Kings. So, Peshawar Zalmi is more confident. For Peshawar, the supporters are expecting a stunning performance from Imam-ul-Haq, Darren Sammy, Kamran Akmal, Kieron Pollard, Misbah-ul-Haq, and Liam Dawson.

Quetta Gladiators is a well-balanced team and stays at the 2nd number on the Points table. It also has the same points with a bit lower Net Run Rate. However, the viewers are going to witness an exhilarating game between both the teams today. Quetta Gladiators will also change the batting and bowling strategies for today’s match. The supporters of Quetta Gladiators are looking towards Sarfraz Ahmed, Shane Watson, Ahmed Shehzad, Rilee Rossouw, Umar Akmal, and Dwayne Smith. Here is the team squad of Quetta Gladiators for PSL 2019.

If we compare the performance of both the teams in previous matches, we can say that Peshawar Zalmi has a strong batting and bowling line. So, it is the favorite team to win today. However, we cannot ignore the exceptional performance of Quetta Gladiators. So, we can predict that Peshawar Zalmi has 51% chances to win the match and Quetta Gladiators has 49% chances to win today.