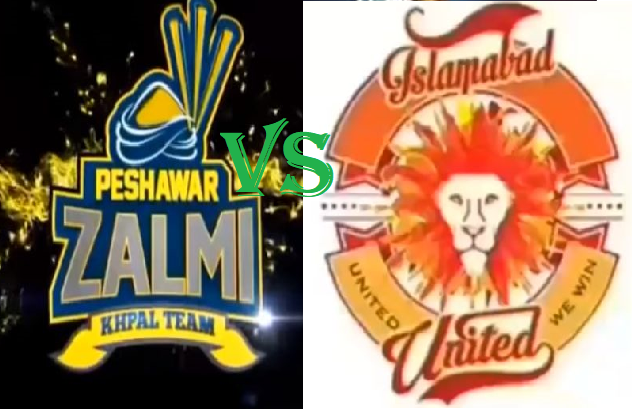 PSL 2019 series has reached to its Eliminator stage. Today, Eliminator-2 is going to be played between Peshawar Zalmi VS Islamabad United. Peshawar Zalmi was at first number on the Points Table due to its highest Net Run Rate. However, it lost the previous combat with Quetta Gladiators. Now, it has another chance to win the game to qualify for Final. Quetta Gladiators has already qualified for the Final of PSL 2019. The match today will decide the second team is reaching the final.

Islamabad United is a defending champion and the winning team of Eliminator-1. It is a great feast for the Islamabad United to beat the Karachi Kings in its home ground. Thirty-five thousand spectators in the stadium were supporting Karachi Kings. So, the 11 players of Islamabad United were not competing with 11 players of Karachi Kings, but with 35000 spectators. The team played with great confidence. The competition was challenging, but the team showed stunning performance in the field. The strong batting and bowling line showed its magic, and it eliminated Karachi Kings from the Final round of the PSL 2019. It has won the PSL Trophy in 2016 and 2018. This time, the fans are again expecting the team to win the Trophy for 2019. The supporters of Islamabad United are looking towards Luke Ronchi, Mohammad Sami, Ian Bell, Cameron Delport, Samit Patel, Sahibzada Farhan and other players to show a stunning performance today. Here is the team squad of Islamabad United for Eliminator-2.

Peshawar Zalmi has a fine batting and bowling line. Due to its exceptional performance, the team had the highest Net Run Rate. The combat against Quetta Gladiators was truly challenging, and Peshawar Zalmi’s outstanding batting and bowling lines made the game more interesting for the viewers. It had a close contest against Quetta Gladiators. Kieron Pollard and Darren Sammy played well in the partnership. However, they could not take their team to the final. Today, Peshawar Zalmi has another chance to reach the final of the PSL 2019. The fans have great expectations from Kamran Akmal, Wahab Riaz, Hasan Ali, Darren Sammy, Liam Dawson, and Kieron Pollard. Here is Peshawar Zalmi team squad for Eliminator-2.