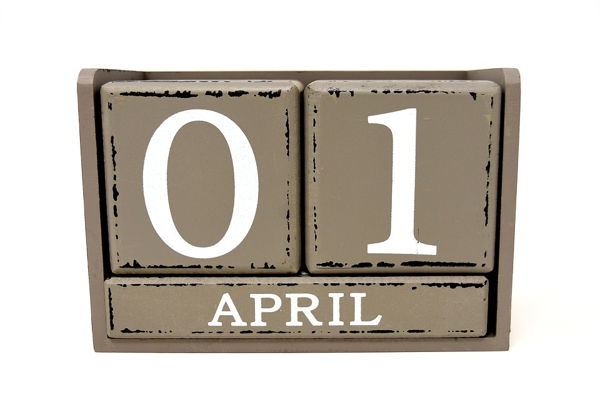 April Fools’ Day or simply April Fools is a western celebration. Every year on 1st April, the people celebrate it with amusing pranks and practical jokes to make the day memorable for the whole year. The victims are considered as April Fools. Not only the people but also some newspapers celebrate this day. They print some false stories on 1st April and declare them as April Fool the next day. So, this uncommonly popular day became a day full of amusement for the people around the globe.

Aside from the amusement, let me explain the history and origin of the day.

There are different trails of associations with April Fool’s Day origin. Let’s discuss all of them.

In France, the traces can be found in the poems of the French poet “Eloy d’Amerval.” He has mentioned this day as “Poisson d’Avril,” i.e., “Fish of April” that simply means “April Fool.” The people from Italy, France, Canada, Switzerland, Belgium, and the Netherlands celebrate this day as “April Fish” day. The people paste a paper fish on the back of a person silently. And he is called the April Fish. All people enjoy the day.

In Scotland, 1st April was celebrated as a “Huntigowk Day,” and Gowk means foolish person. So, the full meaning of “Huntigowk Day” means “Hunt the Gowk,” i.e., “Hunt the Fool.” On this day, the people played a traditional prank. A person will give a sealed “Important Letter” to another person and tells him that it is imperative and needs to be delivered to a named person. That person will read the letter that is, in fact, a prank and contains the words “Dinna Laugh, Dinna Smile. Hunt the gowk another mile.” The recipient will read and then send the victim with the same sealed letter to another person. So, all the people enjoy playing this prank.

In Belgium, it is celebrated as “Day of the Innocent Children,” and in other words, you can say it “The Day of the Stupid Children.” The parents, teachers and other people play different pranks to fool the children.

In Iran, the traces of April Fool can be found on April 1 or April 2 that is called “Sizdah Be-dar” or “Nature’s Day” in Persian. In Iranian Calendar, it is the 13th of the first month of the year. The people play different pranks by spreading false news. Later, they should “Doroughe Sizdah,” i.e., “lie of 13” to realize the victim the truth. The newspapers and magazines also print false stories, and at the bottom of the page, the words “Doroughe Sizdah” are mentioned.

So, gradually the people from other countries also started following the April Fool’s day, and it became popular in different regions of the worlds too.