To say that education plays a significant role in the prosperity of a country, would not be wrong. Every country takes a lot of measures to educate its people, as they know that the key to prosperity lies in education. They Educate their people in every possible way. Then there are some countries that remain deprived by the outer force or let its people hold them on from becoming educated just because of fear of asking questions, questioning their rights, and here they don’t want to empower their people. And I want to say that yes, education is a weapon and this weapon is not given to the people of Afghanistan.

Afghanistan is terribly deprived in every aspect of its daily livings. It seems that Afghanistan has its own government but that is not the case. It is solely controlled by outer forces. Let us discuss only education, they are being targeted for not getting it. Their universities and colleges are bombed, daily or monthly a number of students die and get injured. Not only outer force but also the inner forces of TTP and ISKP attacks and don’t let their people to get the right to educate. Afghanistan government must do some protective measures to get their people educated if you won’t educate them then they will definitely join Terrorist organizations in anger and revenge which strengthens these anti-state forces.

If the Afghan government in a true sense wants to protect its country has to be strict and get alert that they are being used by many countries for their benefit and they will never get a benefit for their country and people. This will break their backbone and get occupied by those who are using them slowly and gradually.

The government must be able to provide protection to the already existing institutes including universities, schools, and colleges. It is important to bring awareness regarding education in their people especially those in backward areas. They need to take some actions in order to protect their country in every way possible rather than becoming slaves in their own country. It is very important and crucial to making a brighter and more secure future for their people and their country.

The government needs to take some important steps by putting their egos aside and try talking to and try coming to an agreement with the outside forces just for the sake and betterment of their own future. They should try to communicate between their inside forces and try to reconcile them with the external forces. They need to take it upon themselves to solve all the reservations and let their country become stronger and reiterate the outside forces with strong determination.

In short, it is crucial to try in the best possible way to educate the country’s people. In order to do this, it is important to make education as common as it can. As a popular saying holds true, “Education is better than a sword.” 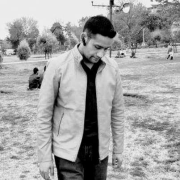