September 05, 2022: An earthquake measuring 5.4 magnitude was felt in parts of Islamabad, Rawalpindi, and Khyber Pakhtunkhwa late on Sunday night, as per reports.

No casualties were reported after the earthquake. It is worth noting here that tremors occurring relatively close to the surface are likely to have long-term adverse effects on buildings.

It should be noted that earthquake shocks were felt in different areas including Islamabad, Peshawar, Multan, Faisalabad, and Abbottabad in the month of June this year.

In December last year, a 4.1 magnitude earthquake shook Karachi. An earthquake of this magnitude in Karachi shocked seismologists as they had never recorded an earthquake of such magnitude within the center of the provincial capital before.

The Director of Seismology Division of Pakistan Meteorology Division (PMD) said that only 3.1 magnitude earthquakes have occurred in Karachi in the past, their epicenters were outside the provincial capital. While the epicenter of this earthquake was in DHA, 15 km north of Karachi. 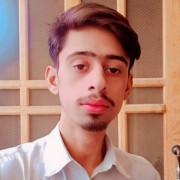