September 22, 2022: The Islamabad High Court has decided not to indict Chairman of Pakistan Tehreek-e-Insaf Imran Khan in the contempt of court case as Imran Khan offers to appear before the female Additional Sessions Judge and apologize.

It should be noted that the Islamabad High Court had given two opportunities to Imran Khan in which Imran Khan did not apologize unconditionally. On the occasion of the previous hearing, Imran Khan himself requested to come to the rostrum, which was rejected. However, in today’s hearing, Imran Khan got permission to speak himself.

He said, “I had no intention to threaten the lady judge and am ready to apologize to her. I assure you that such an act will never happen in the future.” He continued that he is ready to do whatever satisfies the court. “You realised the seriousness of your statement, we appreciate it,” said Justice Minallah. However, the Chief Justice adjourned the hearing of the case till 29 September 2022 while stopping the indictment proceedings.

Strict security arrangements were made on the occasion of the appearance of the former Prime Minister in IHC. 710 officers and personnel, including 2 SPs, were deployed for the appearance while monitoring was done around the High Court with the help of Safe City cameras. 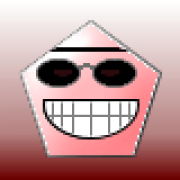