September 3, 2022: The Lahore High Court (LHC) has ordered to return of the passport of PML-N vice president Maryam Nawaz, seized by the National Accountability Bureau (NAB) in a corruption reference.

Maryam Nawaz had filed a fresh petition in the Lahore High Court requesting the court to return her passport which was deposited in the same court as bail four years ago.

Her plea for the return of her passport is heard today by a three-person panel headed by Chief Justice Muhammad Ameer Bhatti in Lahore High court. However, NAB has already submitted its answer to LHC in response to Maryam Nawaz’s plea saying that it has “no objection” to returning her passport.

Amjad Parvez spoke on behalf of Maryam Nawaz in front of the court and told the court that it has been four years but still, no reference has come from Chaudhry Sugar Mill. Therefore, the court should order the registrar’s office to return Maryam Nawaz’s passport.

After the arguments were completed, the court accepted the request for Maryam Nawaz’s passport return and directed NAB to return it. It should be noted that last week the accountability court acquitted Maryam Nawaz and her husband Captain Safdar in the Avenfield reference. 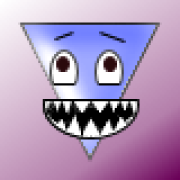